I am not sure why it took so long, but this trip was my first time kayaking in Virginia Beach. In deciding where to go I went with the familiar and chose the boat ramp at the end of 64th St. in First Landing State Park. After paying $5 at the gate, I headed towards the ramp, but knowing there was a nice sandy beach near the parking area, I launched from there. Even at an early hour there were only a couple of parking spaces left, and by the time I got back from my trip people were parking on top of each other. This kind of crowd should be expected on summer weekends. 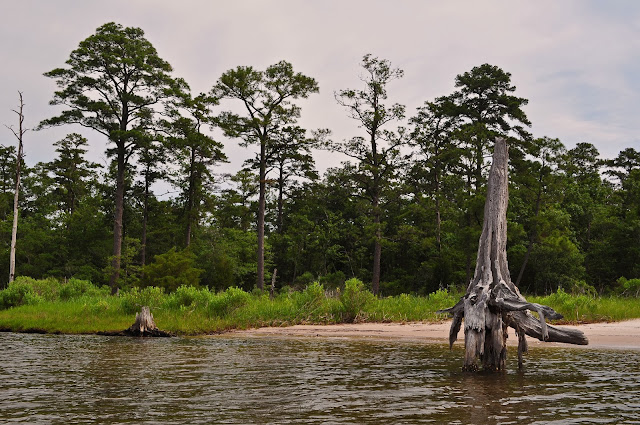 Once in the water I stayed fairly close to shore as this area is sort of a choke point with lots of converging boat traffic. I headed north (right), and I quickly found out not to get too close to the rip rap between the beach and the boat ramp, the rocks extend into the shallow water farther than you might think. Once past the boat ramp the water broadens, and by following the shoreline I could stay well away from any motorized traffic. Since the land is part of First Landing it remains natural and undeveloped, making it quite different from the rest of Broad Bay. The shoreline here is really quite beautiful with a mix of marsh, forests with large trees, beaches and sandy bluffs. Often when I kayak there are few places where I can pull out and stretch or explore the bank, not so here, there were many opportunities. One of the places I explored was a beach where large live oaks (one of my favorite trees) grew right next to the bay draped with Spanish moss, which is at its northerly limit in First Landing. 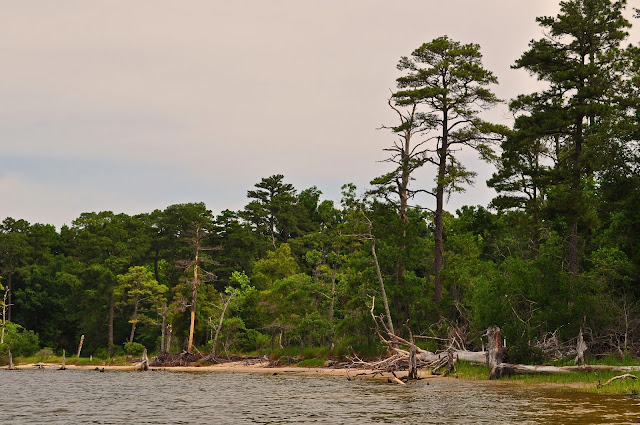 I paddled all the way to Long Creek, where I explored a small creek leading to White Hill Lake, before heading back to the boat ramp and beach area. As I paddled it, the trip was about just under 4 miles. During the time I was gone the beach had grown crowded, and many boaters had pulled their crafts up onto the sand. It had become kind of a drunken tailgate party, only there were no trucks, just boats. The atmosphere on the beach was not my cup of tea, but it was worth putting up with to get to all the other places, and I would do it again. 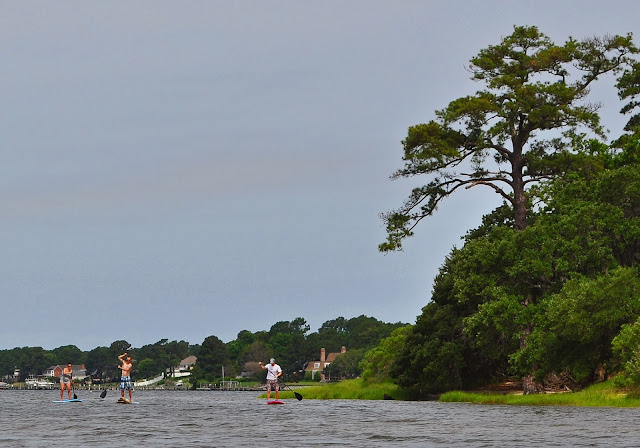 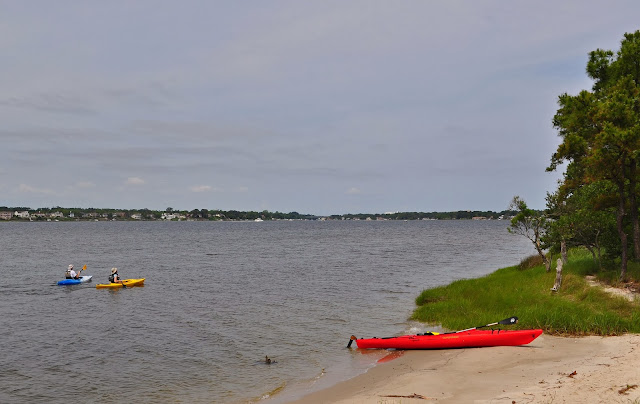 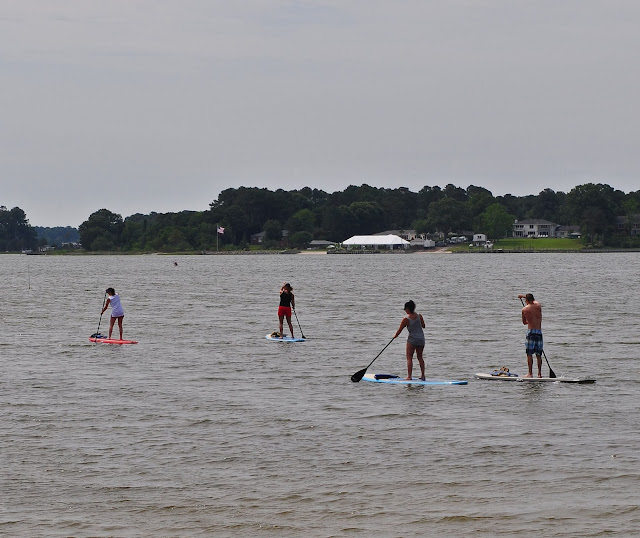 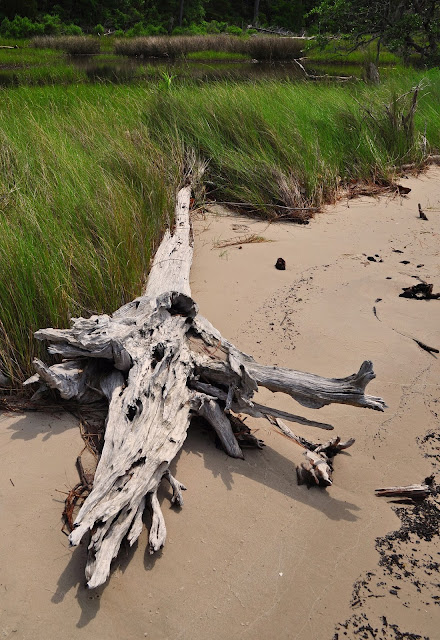 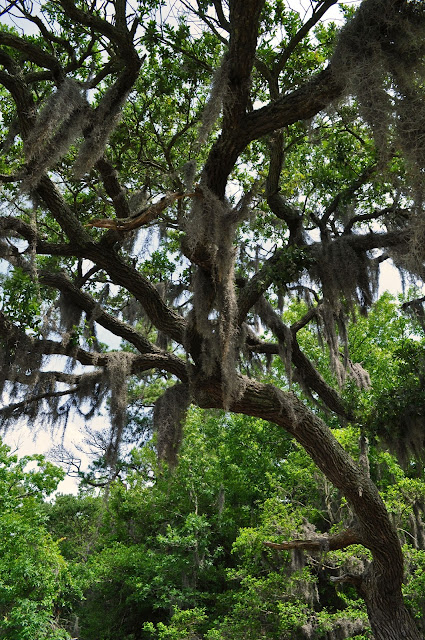 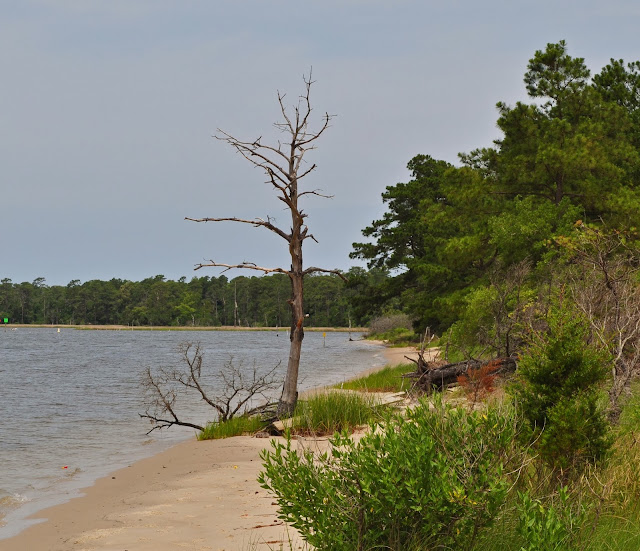 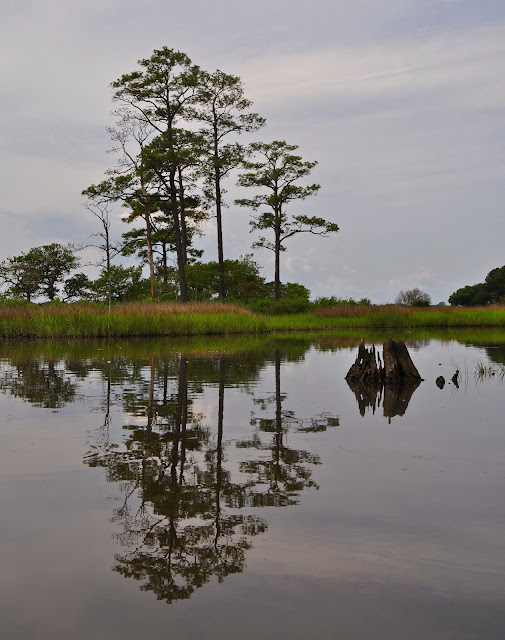