Wanting to explore a place I had not been before, I headed to the Back River in Hampton and put in at the Fox Hill Boat Ramp. The facility is rather new, and apparently popular with the motorized set. There are two concrete ramps, a small bait and tackle store, porta-johns, and plenty of good parking. There is also a dedicated kayak launch, one that is basically a narrow slip with a grab bar over top of it. On the morning I went the place was busy with power boats, as this is easy and quick access to the Chesapeake and to Grandview Beach. It looked like most people had fish on their minds, but there were a few who appeared more beach-bound. I only saw one other kayaker. My goal was to see something new, explore the marshes, and to eventually end up on the beach.

Heading out I turned right in basically a northeasterly direction, navigating my way around all the boats. Fortunately they  maintained idle speeds near the shore. I headed toward Grunland Creek, and a canal that runs on the back side of Grandview Beach. There were ospreys everywhere, lots of egrets and herons, but the biggest surprise of all was seeing a very out of place roseate spoonbill, who was about 700 miles from home. Turning around in a large cove, I headed towards the mouth of the Back River where it meets the Chesapeake. I hauled up on the back side of the beach at a designated dune crossing area, where I took a swimming break. It was hot. Heading back I explored some of the coves near the marina before calling it a day. As I paddled it the trip was about 3.5 miles. 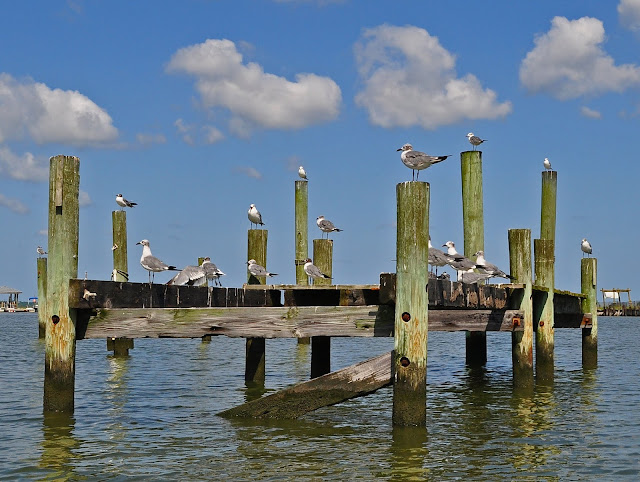