This trip was one of my first kayak adventures. Since I did not have my own kayak yet, we rented ours from the park as part of a guided tour.  Westmoreland State Park is on Virginia's Northern Neck in Westmoreland Co., on the Potomac River about 2 hours southeast of Washington D.C.  The launch site was on a public beach with firm sand, abundant parking, changing facilities, picnic tables and a small store. The river here appears to be clean, and is brackish with minimal tidal fluctuations. The place was fairly empty when we were there, but I can imagine that on a warm summer Saturday, you would want to get there early. There is small day-use fee to enter the park.

Launching directly from the beach you enter the Potomac, and due to some ancient agreement or treaty, you are now in the state of Maryland.  Our trip took us eastward from the launch site paralleling the beach.  When we set out the water was calm, almost glassy, and the sun was shining.  However, about half way to our destination of Fossil Beach (about 3 miles round-trip) the skies darkened and a storm blew up, seemingly out of nowhere.  Several members of the group were capsized by the waves, and I had real concerns that my brand new camera would not stay dry in its bag.  The park ranger leading our group had his hands full trying to get those overboard back in their kayaks and told the rest of us to head to the beach below Horsehead Cliffs. After it became apparent that things were not going to get any better, the rest of the excursion was cancelled, and we were told to drag our kayaks onto the beach and walk back to the launch site. This turned out to be sort of fortunate, in that people are not normally allowed on the beach below the cliffs, as boulders, trees and soil tends to fall there. It gave us a chance to beachcomb where few had gone before. About halfway back another ranger came running down the beach yelling at us for being in a restricted area. It took her more than a few minutes to calm down.

Even though our kayak trip was aborted, my son and I were still able to make it to Fossil Beach, but on foot.  Millions of years ago this part of the world was covered by a warm shallow sea, thick with fish, including several species of shark.  Shark shed their teeth regularly, and these discards are one of the more common fossils found on the beach.  If you plan to visit Westmoreland, it is one of Virginia's oldest state parks, and in my opinion one of the the most beautiful. I am a tree hugger, and there are some marvelous specimens to be found here. Westmoreland has several campgrounds, cabins, hiking trails and a swimming pool for those adverse to the river. While you are there you may want to make time to visit nearby Stratford Hall, home of the Lees, and one of the most distinct pieces of architecture in the country. 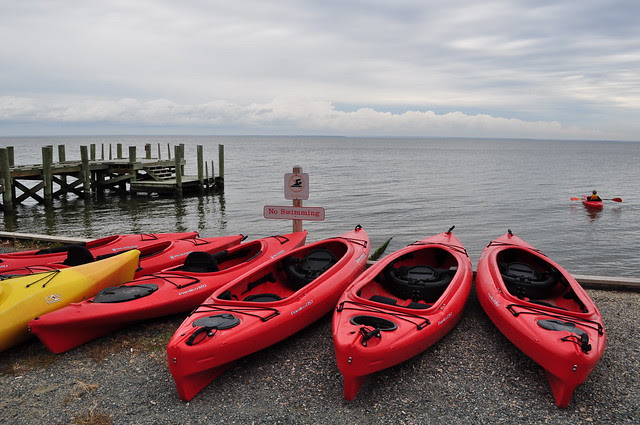 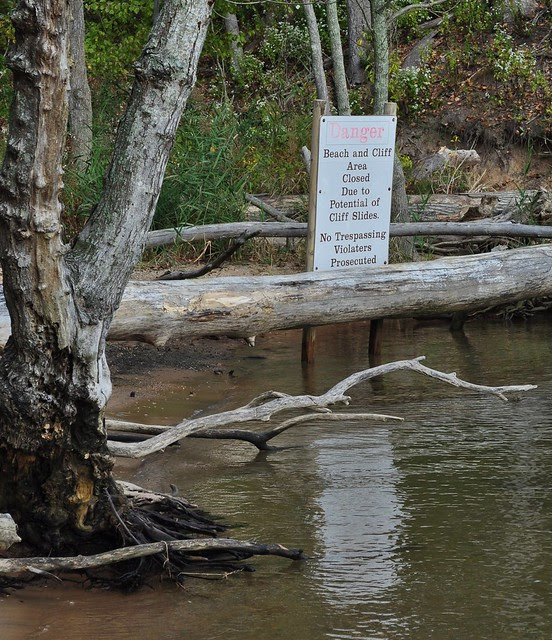 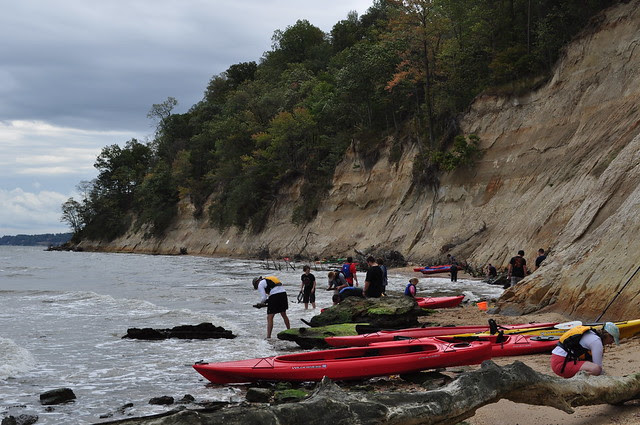 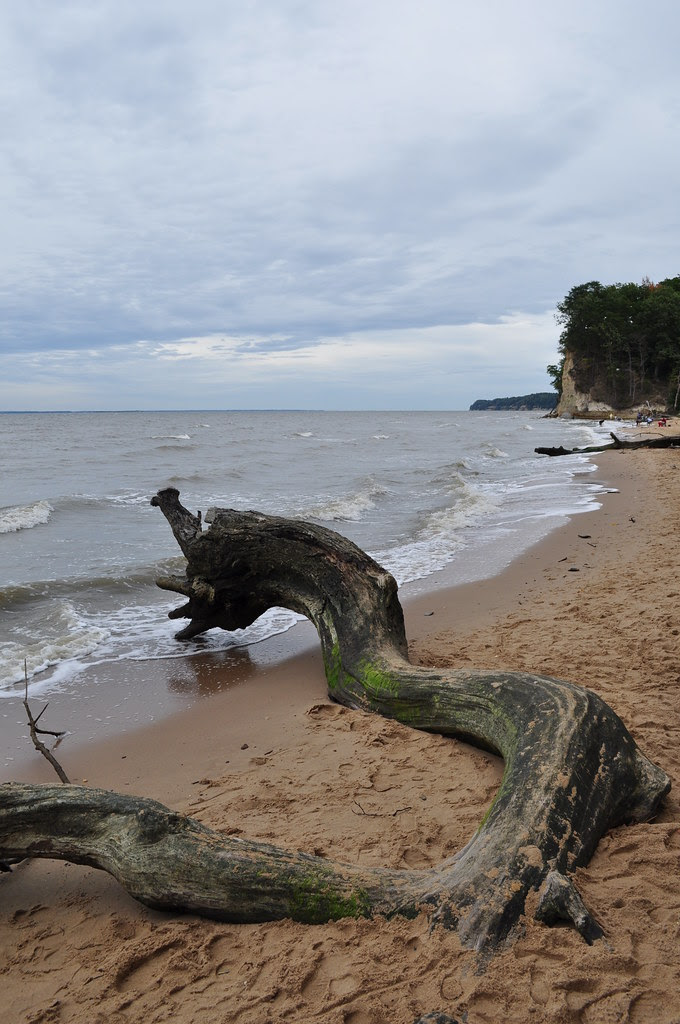 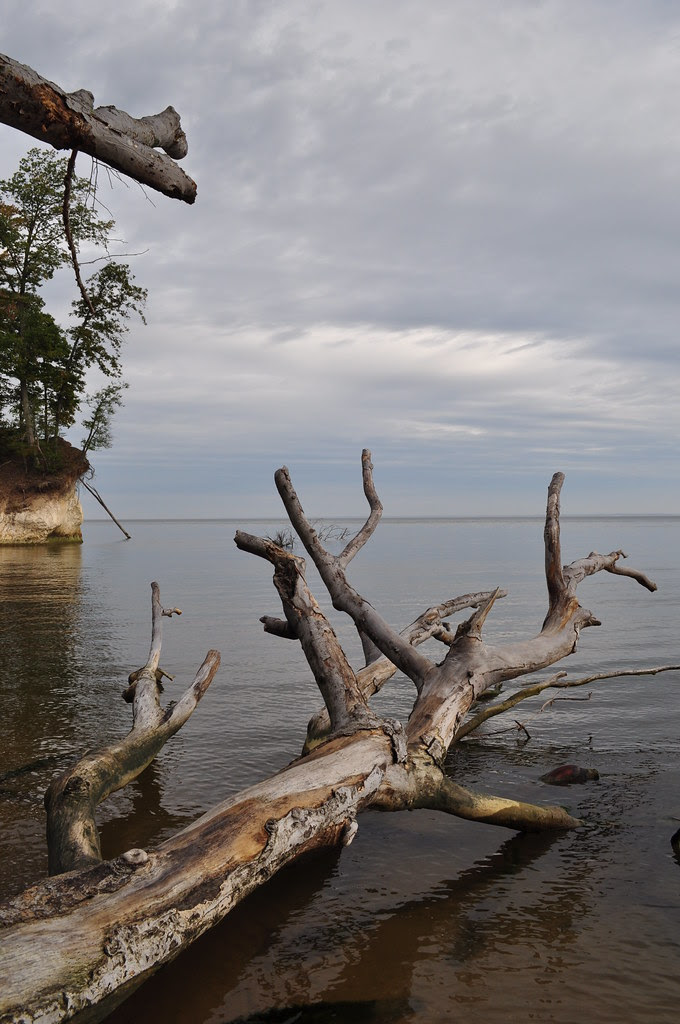 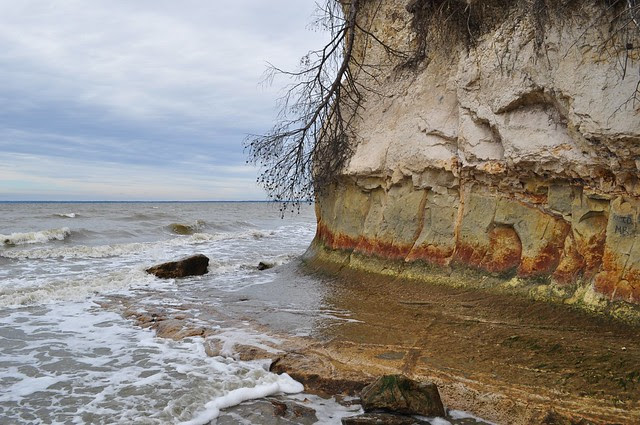 Shark's Teeth and Other Treasures 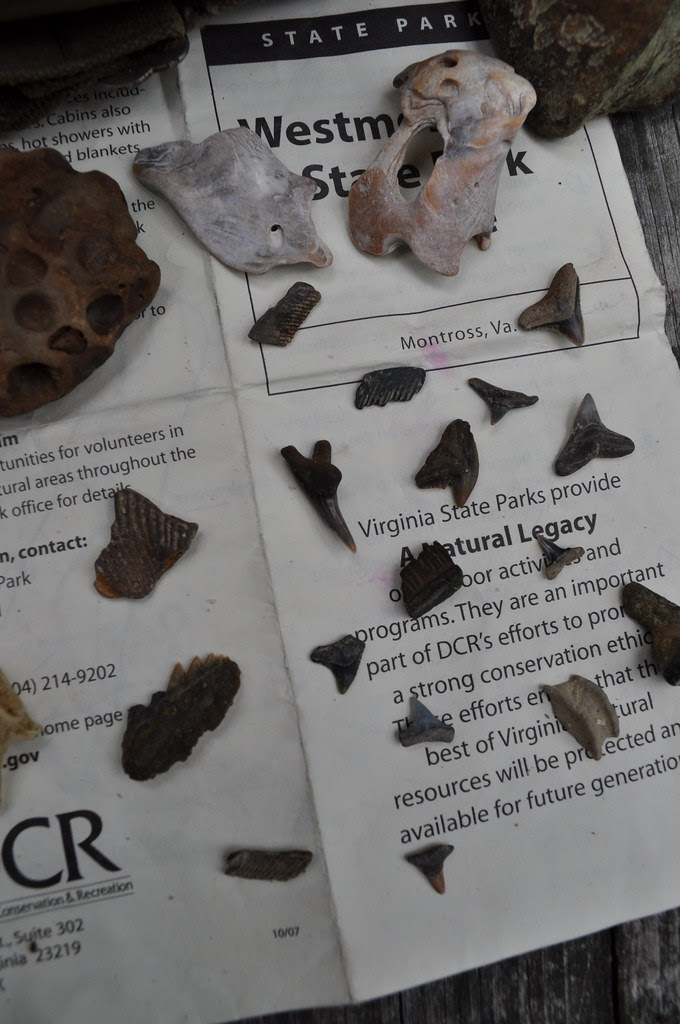 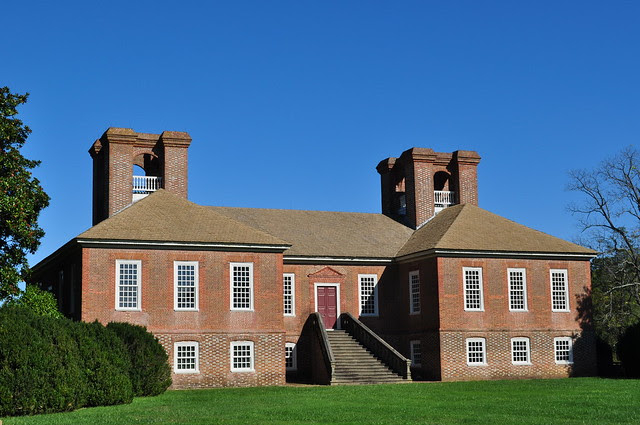