Lawnes Creek separates Isle of Wight and Surry counties, and was the sight of some of the first colonial settlements on the south side of the James River.  I made this trip in late September, just as fall was starting to burnish the local landscape. My put-in point was the boat ramp at the end of Landing Rd. on the Carlisle Tract of the Hog Island Wildlife Management Area. This ramp is popular with local fisherman who fish the creek itself or take advantage of the close proximity to the James River. I must say that this was one of the trashiest boat ramps I have ever been to, and in fact, there was a sign threatening to close the ramp area without notice if it was not kept picked up. As someone who enjoys fishing, the water and obviously kayaking, I am constantly stunned at how some fisherman, not all, have no regard for the beauty of natural areas and throw their trash wherever. Sorry, I just had to get that off my chest.

I launched from a small bit of firm sandy shore to the left of the boat ramp and proceeded north towards the mouth of the creek. Other than the dirty boat ramp, the shores of Lawnes Creek are a relatively clean mix of marsh and forest, with few signs of the modern world intruding. Once I made it out to the James I continued heading north on the south side of the river.  There are several beaches here where I was able to get out and explore, and unusual for Tidewater there were several large rock formations, sandstone I think. When I spotted the intake canal for the Surry Nuclear Power Station and its armed protectors, I headed back the way I came, crossed the mouth of Lawnes Creek and made my way towards the Ghost Fleet, where mothballed navy ships await being scrapped. Unfortunately, the fleet was being guarded that day and I could not get very close. So I followed the shoreline for a while, but this stretch has frequent bulkheads and lacks the biodiversity of Lawnes Creek and Hog Island. In fact, it was kind of boring, but if riverfront living appeals to you there were many parcels for sale. I headed back to the landing, and the trip as I paddled it was about 4 miles. I will return, but next time I want to explore the upper reaches of Lawnes Creek. 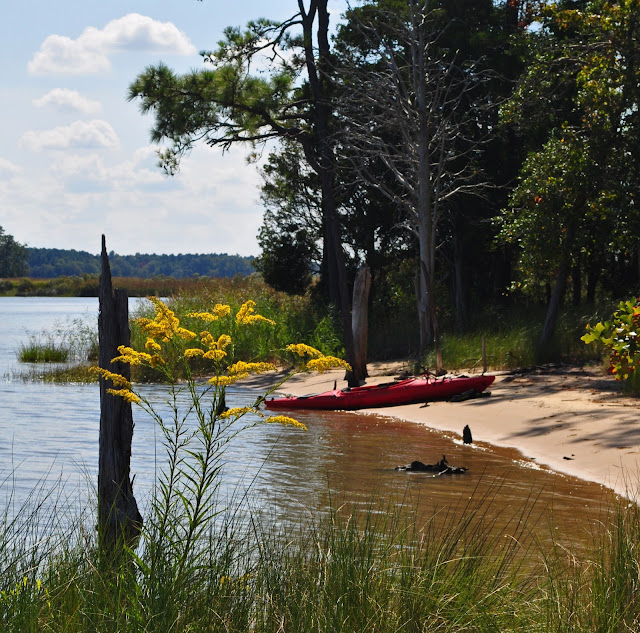 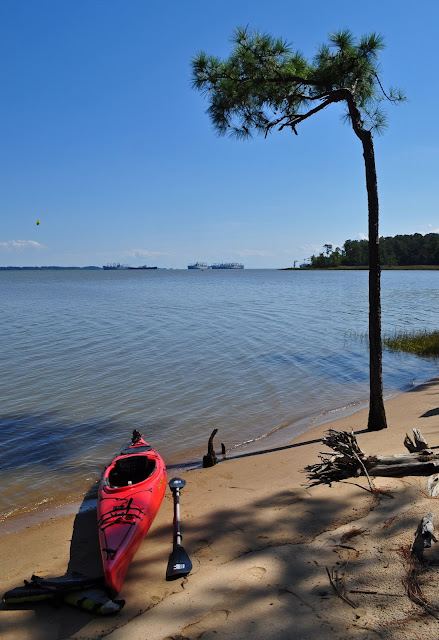 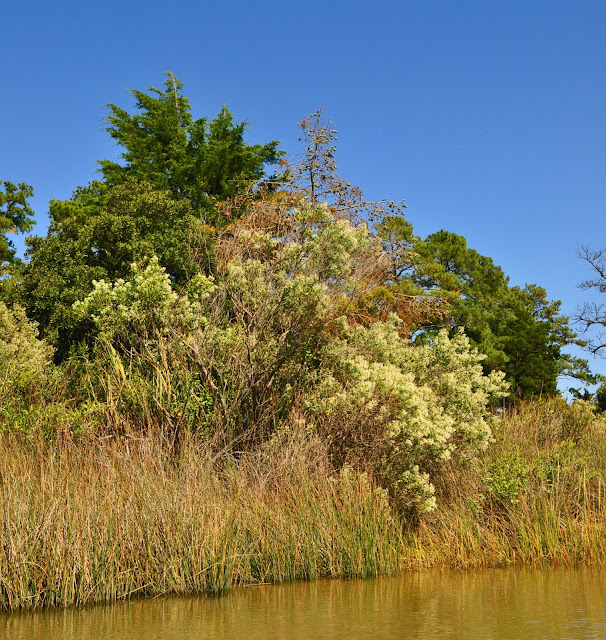 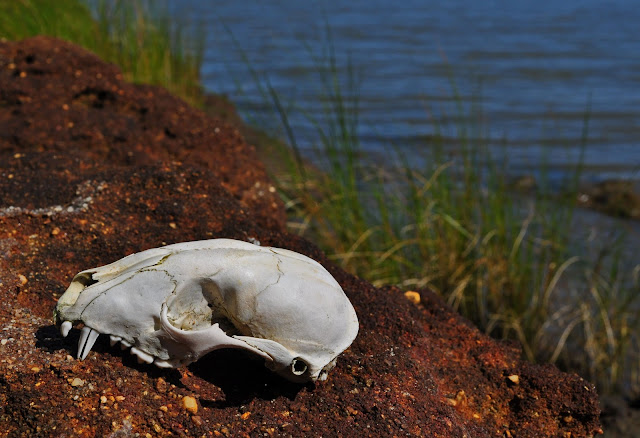 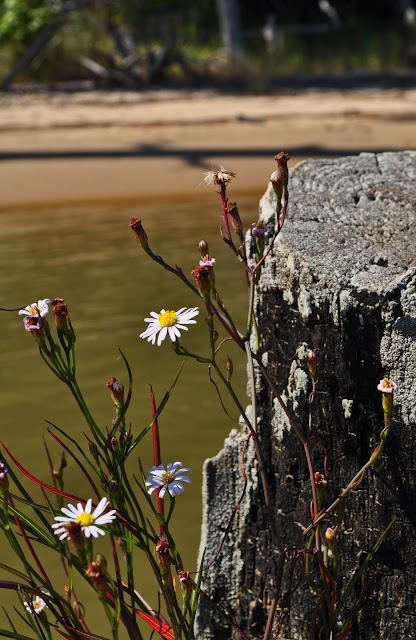