Twice a day, 5 to 6 days a week for 16 years I drove over Bennetts Creek in Suffolk, Va. heading to and from a former job. Its ironic that I did not get to kayak the creek until after I got a job that took me nowhere near it.  Bennetts Creek is a normally slow tidal waterway that flows in to the Nansemond River, close to where it in turn flows in to the James. Although, the shoreline was once home to native American communities and to early colonists, it is now home to shiny new suburbs. Fortunately the city of Suffolk has set aside some land for Bennetts Creek Park, and this is where I put in. There are several boat ramps, a fishing pier, skate park, ball fields, restrooms and plenty of parking. Since this is normally a busy place for anglers looking for quick access to the James, I headed upstream (left from the ramp) away from the boats.

For most of its length, the east side of Bennetts Creek is relatively natural and is a mix of marsh and wooded shoreline.  Just past the ramp is a huge colony of non-native wisteria, with some sizable vines     growing out over the water.  It would be worth a return trip in April just to paddle under the colorful blooms.  At other places there have been some large trees that have fallen into the water giving the bank a little character and birds a place to pose.  On the they day I went the tides were flowing out fast and the strong wind was coming from the south, making the first half of my trip somewhat strenuous, but on the way back it was an easy paddle.  I headed as far as I could until the water started running low. The spot where I turned around was full of exposed pilings from some long ago forgotten enterprise.

While it was not my favorite paddle, anytime on the water is better than not, and for someone who wants a quick in and out in northern Suffolk it might be a good choice. 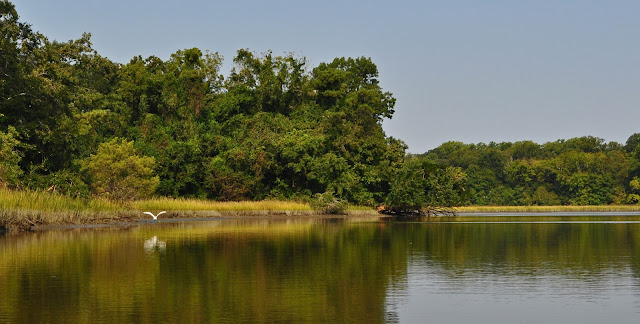 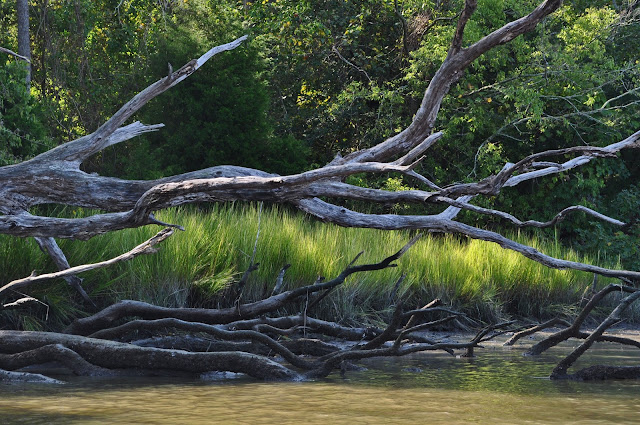 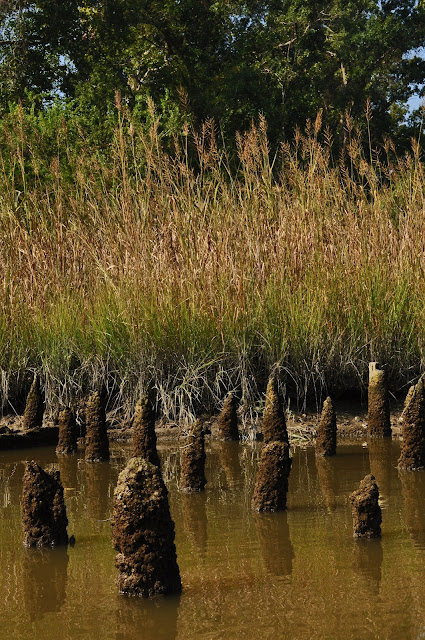 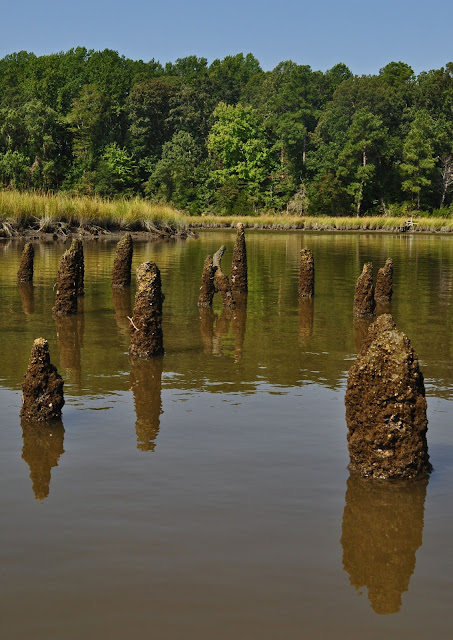