After a week of kayaking various places on the Eastern Shore, I wanted to visit one of the barrier islands along the Atlantic side of the peninsula.  These islands are part of the Virginia Coast Reserve, a biosphere reserve created by The Nature Conservancy.  This unique ecosystem forms part of one the largest undisturbed and unbroken sections of the Atlantic coastline, and its ecological importance can not be underestimated.  The barrier islands protect the rest of the shore from damaging storms and offer secluded nesting sites for shorebirds and sea turtles.  The marshes behind them are important habitat and breeding grounds for many species of fish and shellfish and are one of nature's great filters. 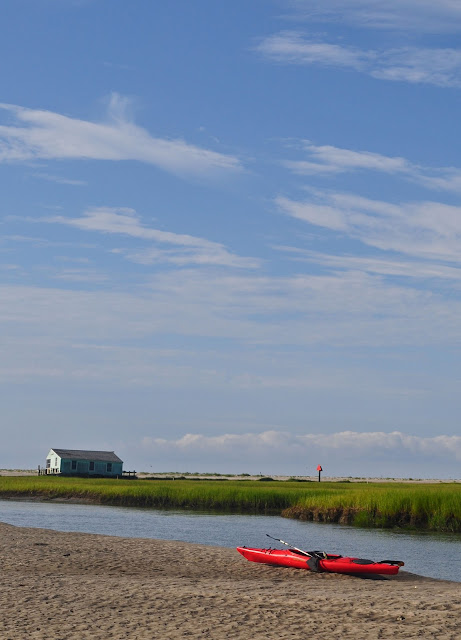 Since this was the last day of a vacation, and we were headed back home that day, I did not have a lot of time, so I picked Gargatha Landing as a put-in spot, which is relatively close to the ocean.  The landing is a public boat ramp with a fair number of parking spots.  To the right of the concrete ramp is a spot of firm creek side which is where I launched heading east towards the ocean.  I did not time my tides right and the water was fairly low, which actually worked in my favor later on.  Shortly after the landing there are two openings on the right (south side) leading to Gargathy Bay.  I took the second opening and followed the shoreline, heading south, of the large shallow bay.  Eventually I found an opening leading to a creek, listed as Wire Passage, that flowed behind Metompkin Island.  Because of the unique mix of inlets, gullies, lagoons and bays, the tides here can be a bit tricky.  Places where you might expect sluggish water can surprise you with their swiftness. 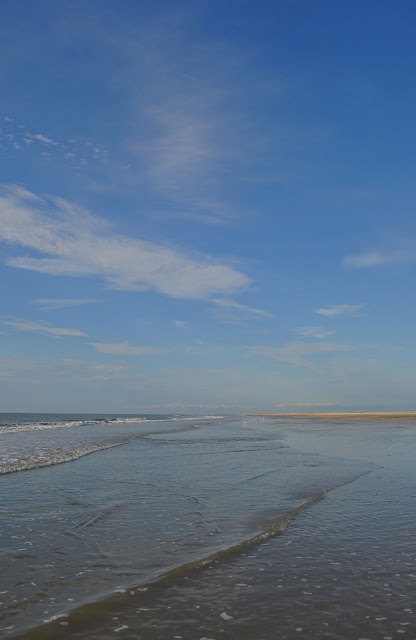 I eventually made my way north toward Garathy Inlet where the waters of the Atlantic flow in and out between Metompkin Island and Assawoman Island.  This was my first stop to get out and explore Metompkin.  As I understand it, you are not permitted anywhere on the island other than the immediate Atlantic shoreline.  This keeps the bird's from being disturbed at their interior nesting sites.  Even with this restriction, you can see many different birds.  On my trip I spotted numerous herons, egrets, gulls, pelicans and others.  My favorite spottings this day were a flock of acrobatic black skimmers, a pair of bald eagles and the most northerly siting of noisy boat-tailed grackles I have ever seen.

After the beach I crossed the inlet to an interior sandbar that split the mouth of Gargathy Creek.  Since the tide was low, I could explore this place otherwise unavailable if the water was higher.  I spent a lot time here with my camera looking at what the tide exposed.  The sandbar was also a good vantage point to study some of the shacks that sit poised on stilts above the marsh.  There have been times in my life that an isolated spot like this would have been the perfect vacation.  Once I left the sandbar I got back on Gargathy Creek heading southwest towards the boat ramp.  After having the world to myself for the past few hours, I saw my first humans heading out to fish on a changing tide.  This trip will likely remain one of my favorite paddles. 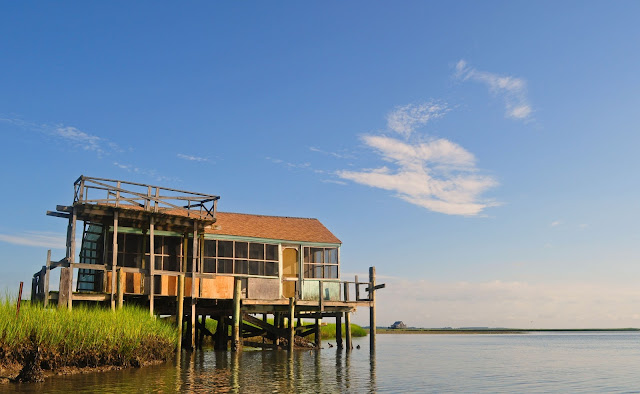 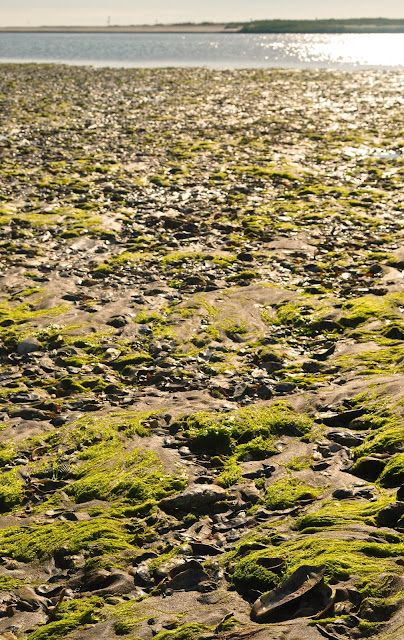 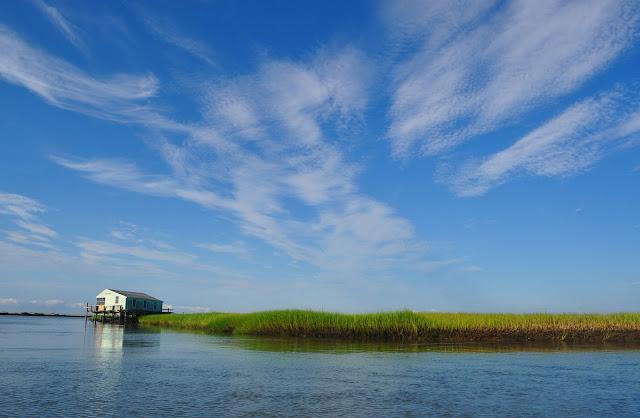 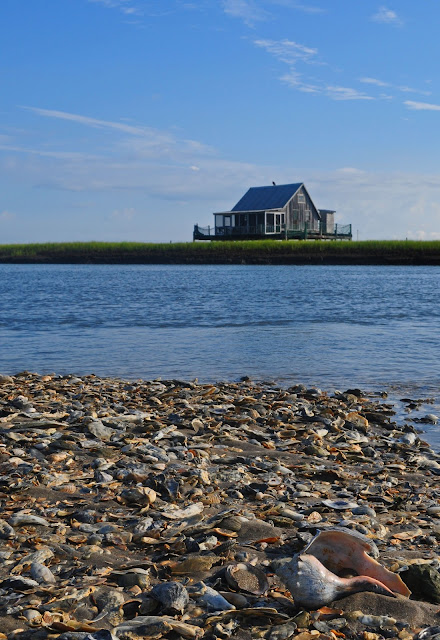