This paddle was the second time I had been to Jobes Island.  The first time I was without my camera and with a teenage boy asking me every 10 minutes when was I going to be ready to turn around.  On the second trip I was by myself and with my camera. The weather was glorious, cool, clear and calm, very much out of character for July in eastern Virginia. Jobes Island is on the bayside of Virginia's Eastern Shore, and to get there I drove to Guard Shore, an interesting little place in its own right. Guard Shore is at the dead end of a road that barely rises over the surrounding marsh.  Roll your windows down to smell the marsh, and drive slowly so you don't end up in the water and so you can spy the egrets and herons.  Today Guard Shore consists of a boat ramp and a nice beach that is still a popular place for locals to swim. The water is shallow, clean and clear, and the bottom is sandy and firm, there is no wave action, making it a good place to take children swimming. In another age there were concession stands and a bandstand with live music, and Guard Shore was a much busier place.

For this trip I parked on the road, crossed over the riprap and lanched directly from the beach.  If you were to head straight out, across the broad water, you would eventually end up in the Chesapeake Bay. I headed left (southwest) paralleling the beach, which soon gives way to marsh after you pass another riprap seawall that juts into the water. I soon crossed the wide mouth of Guilford Creek, which is relatively free of boat traffic except for the occasional crabber or fisherman.  Depending on the tides, this is probably the only part of the trip where one might encounter strong currents and swells. 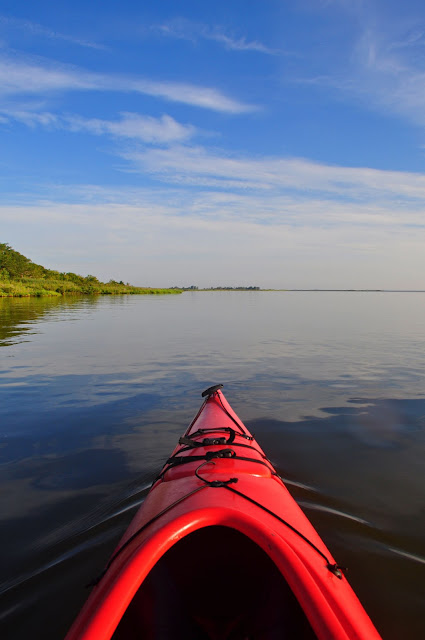 Crossing the Creek took me about 15-20 minutes of steady paddling. Nearing Jobes Island the water shallows and you can see any number of places along the beach inviting you to land and explore.  Most of the island is marsh and low woods.  According to what I could find out, no one has ever called this place home, but there was once a hunting lodge on the island.  After being in the same family for generations, it was generously donated to the Nature Conservancy in 2002.  I do not know what regulations, if any, are in place for this island, but I didn't think walking along the shore would be too intrusive. I would avoid the woods though, as it is home to one of the Eastern Shore's more notorious summer residents, the green headed horsefly. I followed the shoreline in a northwesterly direction eventually making it to where the island and the Chesapeake meet. I basically followed the same way back, stopping frequently, and all told it was about a 4 mile trip.  Except for the birds in the air and the fish in the sea, I had this place all to myself, and it has become one of my more memorable paddles. 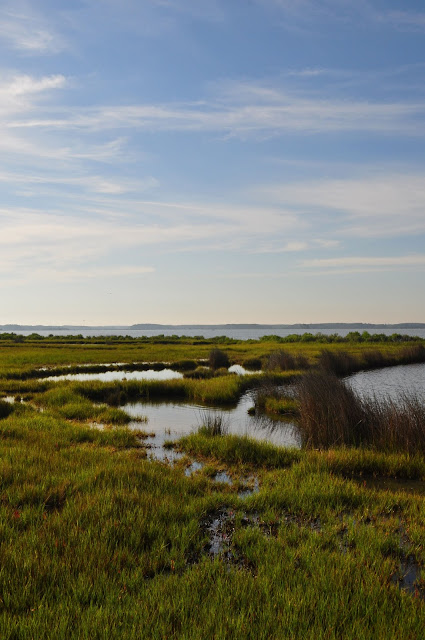 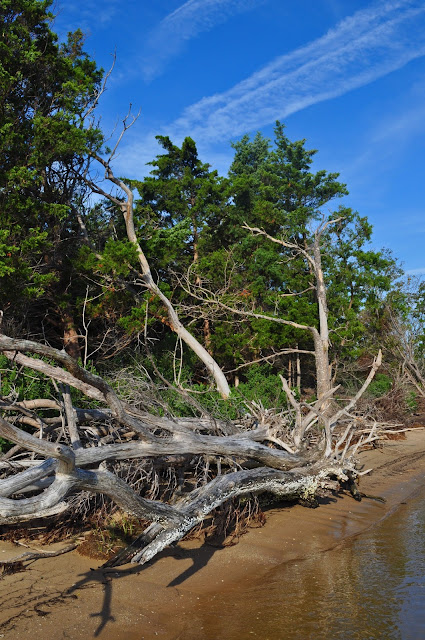 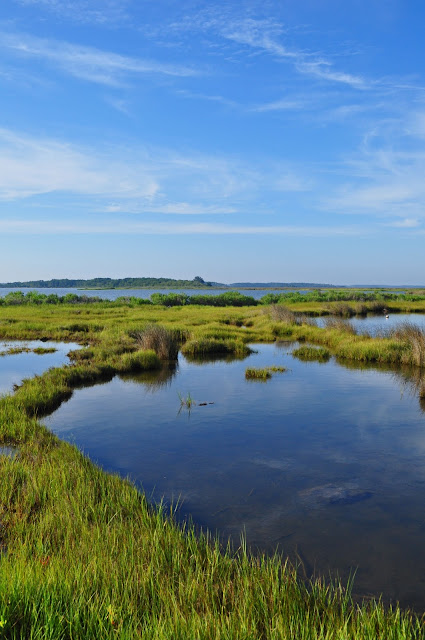 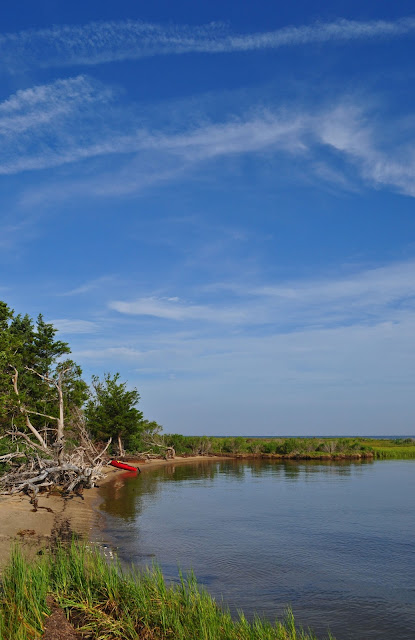 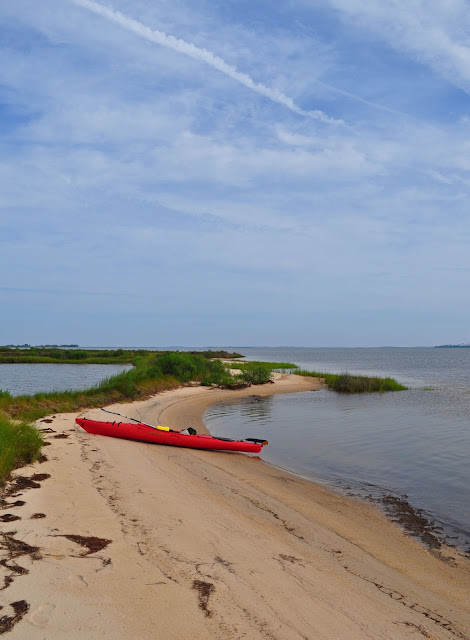